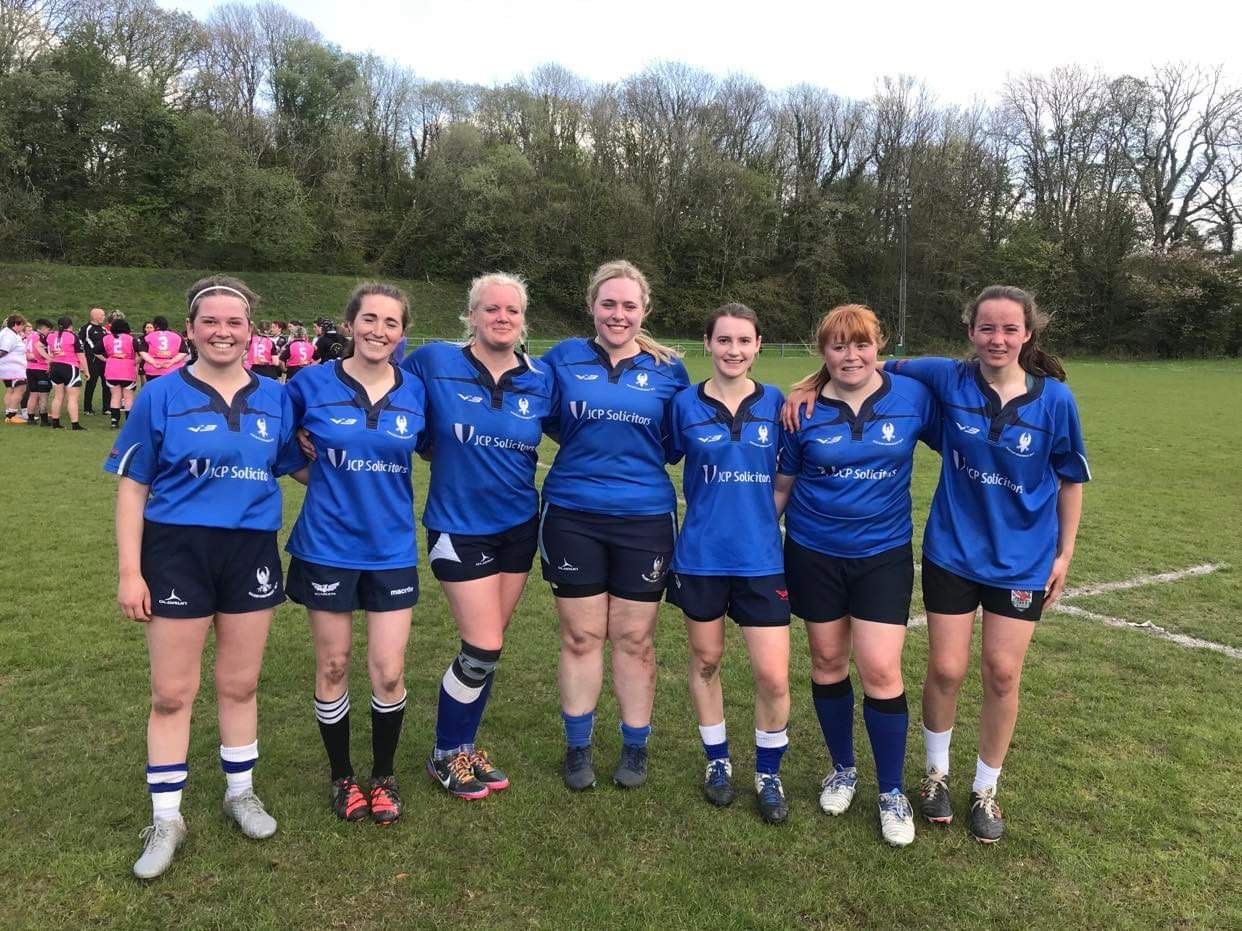 HAVERFORDWEST Ladies backed up a convincing home win against Old Penarthians with an emphatic victory on the road against Tumble on Sunday, 25 April.

The Blues welcomed back some old faces, most notably Nina Bishop who has been missing for the past few seasons while she trained to become a full-time firefighter.

The veteran forward rolled back the years and proved an unstoppable force once again with two superb tries.

Bishop could have celebrated a hat-trick, but after a 60-metre solo run dropped the ball on the try line. She could be forgiven though as she had been up all night putting out a barn fire.

There were also a couple of tries for experienced flanker Emily Carrington, and one for the captain Jana Neumann who enjoyed her run out at number eight.

Tati Richards ran in a try from the wing, while Rhian Swift showed good pace from full-back to cross for a score. Poppy Lewis also got on the scoresheet, as did fly-half Elin Williams who converted five of the tries.

Head coach Jeff Clout handed debuts to Kelly Thompson, a former Welsh athletics champion hurdler and Leah Jones, both of which impressed in their first outing.

There were also welcome returns from injury for Lucy French and Jodie Williams, while the ever-reliable Emma Summons once again had a fine game from scrum-half.

Haverfordwest will return to action at Pembroke Road on Sunday, 8 May when they will look to continue their unbeaten start to the season against Dowlais.