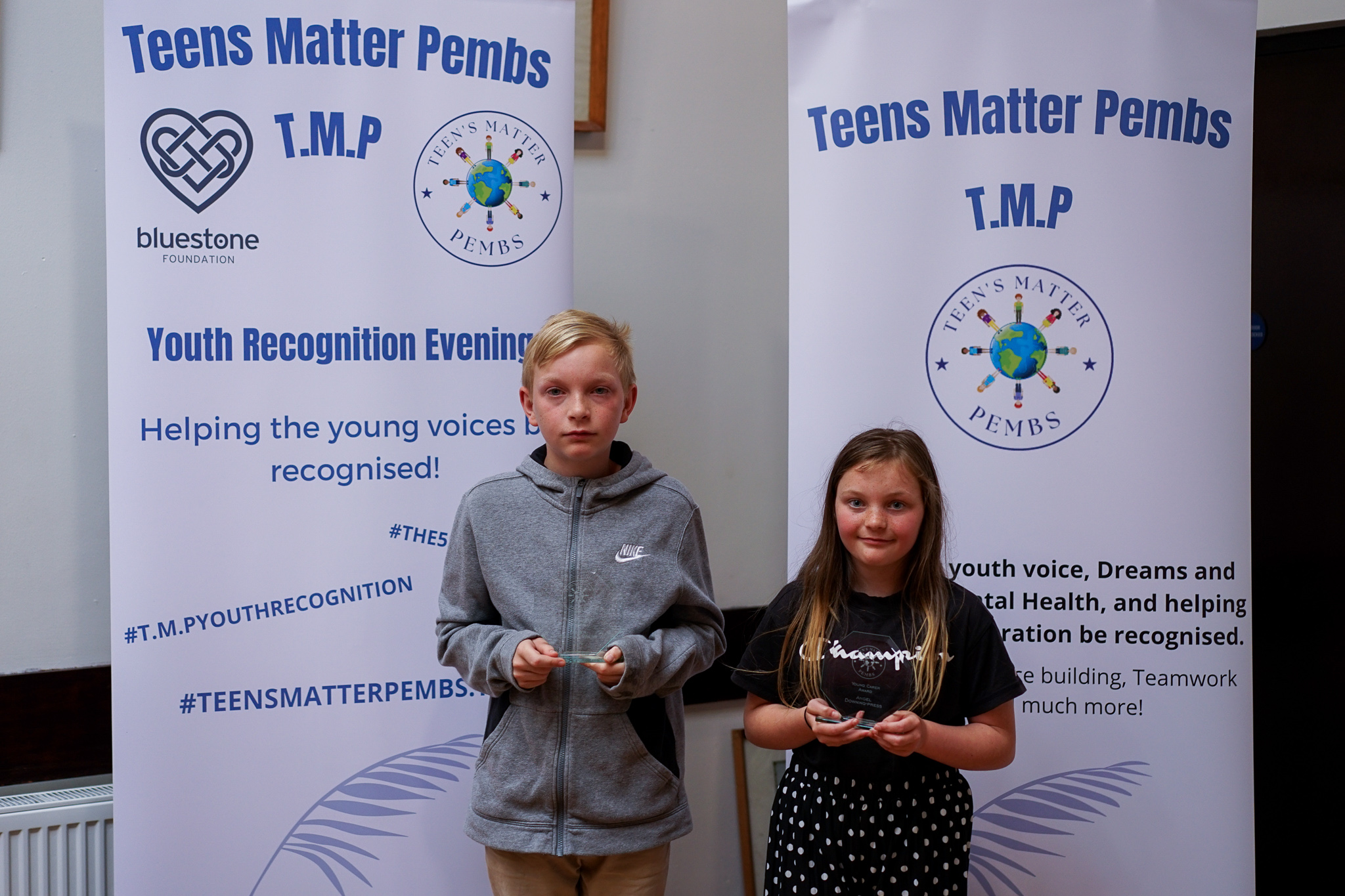 Teens Matter Pembs has launched its first-ever youth recognition evening with the aim of helping young people who sometimes go unnoticed get the recognition they deserve.

The team has been working tirelessly the last few months to pull together their first ever “Teen Matter Pembs Youth Recognition evening”.

“The team has all agreed that for a first time event, even with issues that can happen to anyone running an event, it was a great success, and the message of helping recognise the unnoticed inspirational young people within the local county was fulfilled above and beyond,” said Noah Pooley of Teens Matters Pembs.

The event was held at Pembroke Town Hall with a total of eleven awards being given out (one double award) which included seven individual awards and three group awards.

We had 6 guest speakers from a variety of organisations charities and businesses. They were Aiden Brinn, deputy mayor of Pembroke, Vikki Phillips, action for children, Lyn Edwards, street pastors, and linked to many places such as The Tanyard, Terry Davies from West Wales Action for Mental Health, Noah Pooley, representative of Teens Matter Pembs, Aimee Makrigani,s young person close friend of Teens Matter Pembs.

The award winners are as follows:

Credit To The Comunity Award: Tanyard

Noah added: “This whole evening highlights just a small amount of those young people in our county who go above and beyond for those in their family, friend groups, and community.

“The team here at Teens Matter Pembs hopes that next year's event will be able to help more people be recognised, but also we are currently setting up focus groups and a young voices conference to help youth voices be listened to, and acted upon now more than it ever has been before.”