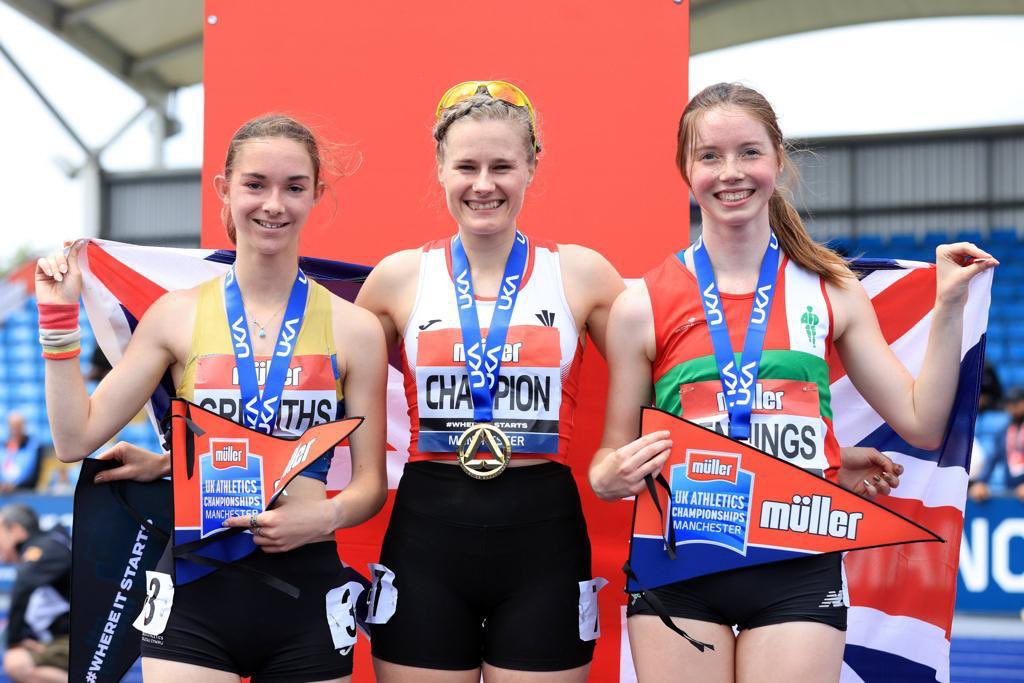 Griffiths, 15, finished second in the 5k walk event behind fellow Welsh athlete Bethan Davies. The Pembrokeshire Harrier clocked a time of 25:18, which not only represented a new PB, but also a new Welsh Under 17s record.

And speaking to Pure West Sport, she reflected on a “really good day,” admitting the result was better than what she’d targeted.

“I came second overall which I didn’t expect,” she said.

“I had hoped for third at most. But there was a position change because of a DQ which helped me. I was just hoping to have a bit of fun because I didn’t want to put any pressure on myself.

“Usually, when I do that, I don’t perform as well as I want to. So I set off trying to be comfortable with the pace - I did that and it just seemed to all go in my favour.”

Griffiths, coached by Pete Freeman and Heather Lewis, who competed in the Commonwealth Games in Australia in the 20k walk back in 2018.

And she revealed the levels of dedication needed to maintain her current standards: “I train five days a week at the moment. One session usually on track and the other four on the road.

“That includes a tempo walk, which can range from 35 mins to an hour, and I’ll do strength and conditioning sessions as well.”

The summer is far from over for Griffiths, she is now preparing for an under 20s international event in August, as well as the Junior British Championships.

But she has no hesitation when outlining her overall goal: “Hopefully the Commonwealth Games,” she said.

“I’d love to go the same way as my coaches.”

Her father, Wayne Griffiths, is also a coach with the Harriers and spoke of his pride at his daughter’s recent display, saying: “She’s done incredibly well.

“She’s had a lot of support. Heather and Pete have done superbly with her and as a dad, I’ve learnt to step back because I worked out quite quickly that coaching and parenting doesn’t always mix! It’s good to let them get on and do their own thing.”