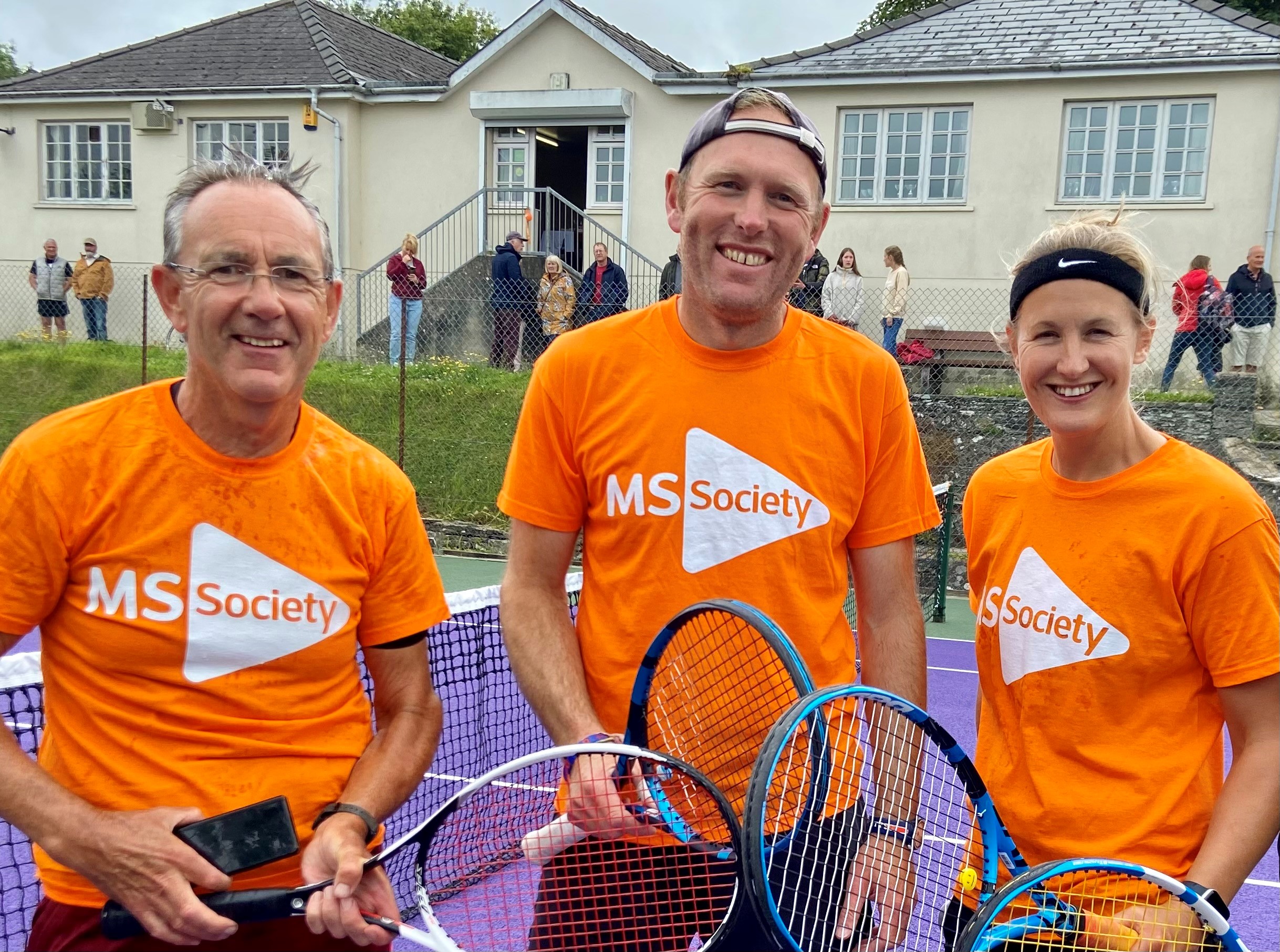 THERE was blood, sweat and tears at Haverfordwest Tennis Club on Sunday afternoon as three heroic players completed a mammoth 24-hour tennis marathon.

Richard Davies, Ceri Coleman-Philips and club coach Tom Hole were on court in 40 mph winds and howling rain from 4pm on Saturday to 4pm on Sunday.

They played doubles matches throughout, with the help of 24 volunteers from the club who each filled an hour slot.

While the trio live and breathe tennis, there was a cause behind their madness as they completed the challenge in memory of Richard’s wife Kathy who died six months to the day on Sunday.

Kathy had lived with progressive multiple sclerosis for 24 years, but fought her illness with dignity and courage.

So far almost £3,500 has been collected for the Multiple Sclerosis UK charity, which supports people living with the condition, with many more donations yet to be counted.

A crowd gathered at the tennis club to see the Richard, Ceri and Tom serve their last ball and formed a guard of honour with their tennis rackets as their weary bodies left the courts, even the sunshine decided to make an appearance!

A glass of Champagne was then raised to Kathy’s memory as everyone enjoyed some well-earned refreshments.

Richard said: “We were so lucky to have fantastic support from our friends at the club, from those who left their beds in the silly hours of the morning to play with us in the rain, to those that lifted our spirits in the final few hours. We can’t thank them enough.

“She also would have said to me (with a smile on her face) what are you doing at your age? You still think that you’re 18 when we first met!”