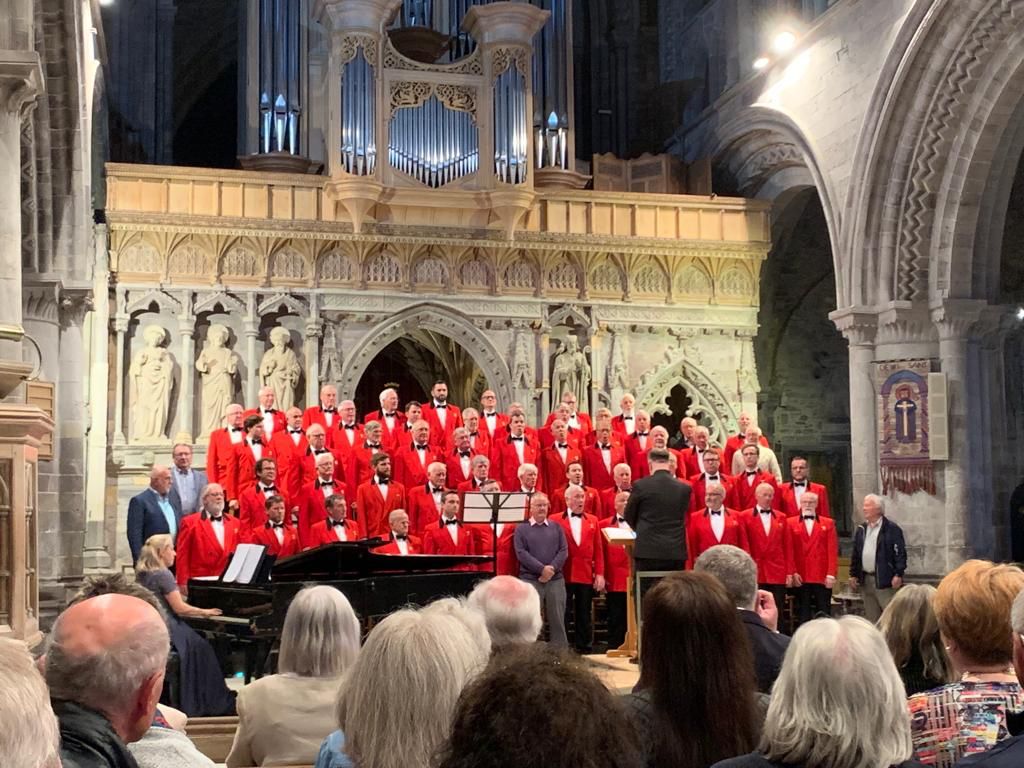 PRESS RELEASE: Third time lucky for Sandy Bear Children’s Bereavement Charity hosting the London Welsh Male Voice Choir.
--
Sandy Bear Children’s Bereavement Charity hosted the London Welsh Male Voice Choir at St Davids Cathedral for a fundraising event on Saturday 7th May. The event drew in over 400 people from both inside, and outside of Pembrokeshire and was described as a ‘wonderful achievement’ for the charity.
The planning of the event previously commenced in 2020 before the coronavirus pandemic hit, not long after Sandy Bear gained its Independent Charity status, and was cancelled twice due to restrictions.
The aim of the event was to increase awareness of the charity, as well as to raise funds to support children and young people who have faced the devastating death of someone special in their lives.
Indeed, the concert was able to raise a phenomenal amount of £8265.91 from the ticket sales, raffle ticket sales and bucket collections.
In a packed St David’s Cathedral, the London Welsh Male Voice Choir enchanted their audience with the rich splendour of their voices, beautifully at home in this iconic setting.
Two talented young musicians, Rhys and Eliza, from Haverfordwest High delighted the audience during a soloist section. Eliza (who has been playing the harp since 7 years old), performed Concerto for Harp in B-flat major by Handel. Rhys, soon to join the Welsh College of Music and Drama, performed Life’s Pageant by Terry Camsey. Both were followed by rapturous applause.
Hannah Underwood, Charity Coordinator at Sandy Bear says, “I am thrilled with how this event went and to have been able to make it a reality, finally, after two years of planning.
To see people enjoying themselves, made it all worthwhile. I would like to say a huge thank you to the London Welsh Male Voice Choir, St Davids Cathedral and to those who sponsored and donated to us – especially Valero who were our main sponsors for the night. I hope to work with the choir on a similar event again one day in the future.”
Les Leslie, Marketing Chairman of the London Welsh Male Voice Choir says, “The Choir was greatly honoured to be invited to sing at St. Davids Cathedral in aid of Sandy Bear Children’s Bereavement Charity.
A wonderful opportunity to work with the dedicated team at Sandy Bear and with the hugely talented soloists Rhys and Eliza. We look forward to returning in the not too distant future.”