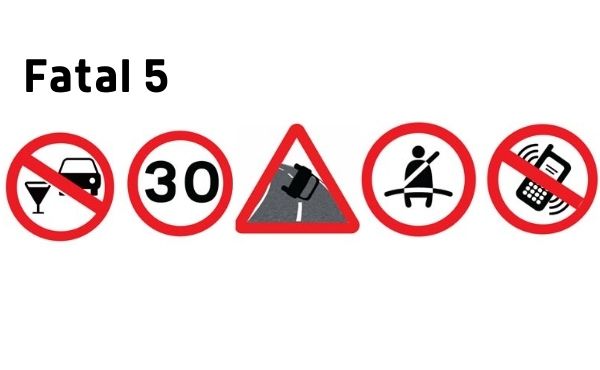 Early kick-off sees festive drink and drug drive campaign during World Cup
--
With Wales in a football World Cup for the first time in 64 years and the festive season about to kick-off there is much for many to celebrate.
But officers in Wales are reminding people who are looking forward to a night out not to get behind the wheel after drinking or consuming drugs.
Wales’s four forces – North Wales Police, Gwent Police, South Wales Police and Dyfed-Powys Police - have launched their Christmas Drink and Drug Driving Campaign earlier to encompass the world cup.
They are aiming to catch people who risk their life and the lives of others by getting behind the wheel while under the influence.
ACC Mark Travis, from South Wales Police, said the reason for the operation was to try and prevent the needless loss of life at the hands of irresponsible drivers who flout the law.
He added: “Following a difficult couple of years people will rightly be looking to enjoy themselves this Christmas. The police are keen that everyone has a safe and enjoyable World Cup, Christmas and New Year.
“We are reminding members of the public that getting behind the wheel while under the influence can have dire consequences.
“We’re not just talking about losing a licence, which often results in the loss of employment, driving under the influence leads to far too many serious and fatal collisions. This can result in prison and consequences for many families.
“Don’t be the person responsible for destroying a family this Christmas. Our staff will be on the roads looking for drink drivers. Anyone caught can expect to be in court within seven days of their arrest.”
Last year’s drink and drug driving campaign, which ran from 1 December 2021 to 1 January 2022, saw 299 arrests for drink-driving, with another 202 for drug-driving.
Almost 100 of those arrests - 85 drink-drive and 14 drug-drive - came following road traffic collisions.
This year’s extended, six-week operation against driving under the influence began on Monday, 21 November, to cover the to cover the World Cup and will see officers across the country using intelligence-led tactics and local knowledge of hotspots to detect people who are driving under the influence of alcohol or drugs over the festive period.
Dyfed-Powys Police Superintendent Stuart Bell: “As the festive season gets underway we are reminding drivers of the dangers and consequences of getting behind the wheel after drinking or taking drugs.
“Officers from the Roads Policing Units, Safer Neighbourhood Teams and the Special Constabulary will be working 24 hours a day, seven days a week and anyone who is considering driving whilst under the influence of drink or drugs should know that we will be out and about waiting for them.”
This year is likely to see the return of some office parties. With this in mind, officers are asking people to plan ahead, to think about what they may do and to be sure to arrange a taxi home.
They are also reminding people that the drink-drive limit is two units, not two drinks.
“Our message is simple; if you are out and know you will be drinking, make sure you have plans for getting home safely without driving,” said ACC Travis.
“If you do have to drive, our advice is to avoid alcohol completely. The only safe limit is none.”
Anybody who has concerns about anybody they believe to be driving under the influence are asked to contact police on 101 (or 999 if they are posing an imminent danger) or alternatively, contact Crimestoppers anonymously on 0800 555 111.