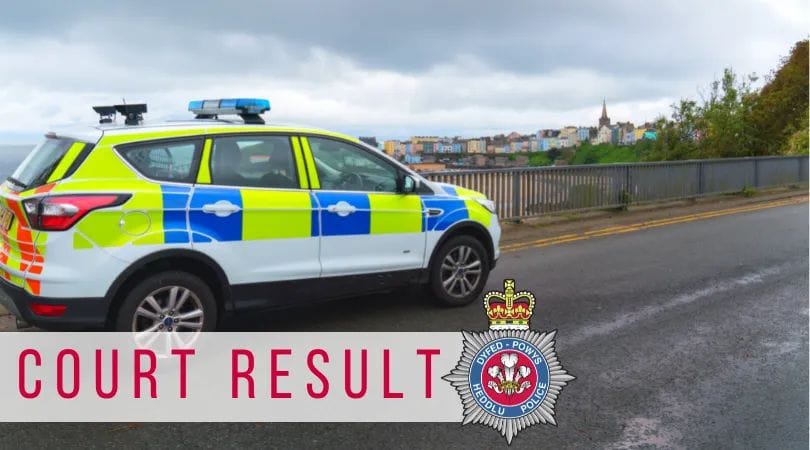 Suspended jail term for man who sold dangerous second hand cars
--
A Haverfordwest man has received a suspended prison term for selling dangerous and unsafe second hand cars following a Pembrokeshire County Council investigation.
Pembrokeshire Trading Standards team investigated after receiving complaints from people who had bought cars from Shamus Julius Dewaine, of Castleton Grove, Haverfordwest.
Dewaine supplied two cars in a dangerous and unsafe condition causing a risk to the driver and passengers and other road users.
Photographs showed the vehicles to be severely rusted.
Another car was sold in ‘un-roadworthy’ condition that would not pass an MOT.
Dewaine appeared before Swansea Crown Court for sentencing on Friday 4th November.
He had previously admitted three counts of fraud by false representation and three offences of breaching consumer protection legislation and supplying an unsafe product.
The Court heard Dewaine bought the cars for scrap value, aware of their poor condition, and sold them shortly after at a much higher price and having done no work to repair the faults.
One vehicle was bought for £330 and then sold the next day in exactly the same condition for £950. Dewaine told the customer that this car had been in his family for four years.
One of Dewaine’s customers was an elderly man with mobility issues and another was a young man who had only just passed his driving test.
Two of the cars were delivered in the dark so it was difficult for the customers to inspect the car and Dewaine was described as ‘pushy’ with the sales.
Dewaine made fraudulent claims regarding the cars, claiming that they were in good condition and work had recently been completed when it had not.
He stated that one car had a much longer MOT than it actually had and one car, delivered in the dark, had new tyres, when they were actually very worn.
Dewaine went to great lengths to convince customers he was a private seller instead of a trader in order to deny customers their consumer rights.
However, Trading Standards collected evidence of 43 adverts for cars by Dewaine via Facebook and on the roadside over a two year period.
Dewaine had also used a friend’s Facebook page to advertise a car.
Dewaine was sentenced to a total of nine months in prison suspended for 18 months, and was ordered to complete a thinking skills course.
He must also pay £850 compensation to one victim and £545 to the other.
The court heard Pembrokeshire Council had spent £15,000 investigating and prosecuting Dewaine.
Cllr Michelle Bateman, Pembrokeshire County Council Cabinet Member for Regulatory Services, said: “I commend the work undertaken by the Trading Standards team on this case.
“The sale of dangerous and unsafe cars is extremely serious and I hope this prosecution serves as a warning for those who seek to make money without any concern about the potential consequences.
“We would always recommend that buyers take advice on buying second hand cars before handing over money.”