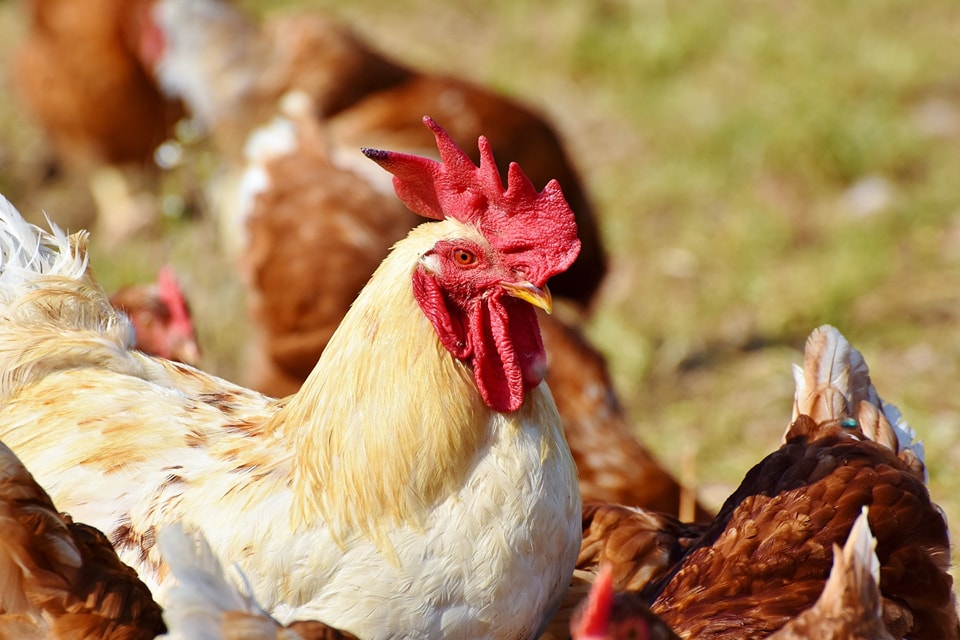 Update on Avian Flu restrictions
--
The Welsh Government has put in place requirements for biosecurity measures to attempt to control the spread of avian influenza.
It is now a legal requirement for all bird keepers to follow strict biosecurity measures.
Following an increase in the number of detections of avian influenza (AI) in wild birds and on commercial premises, an All Wales Avian Influenza Prevention Zone (AIPZ) has been declared.
England and Scotland have also declared equivalent national Avian Influenza Prevention Zones to mitigate the risk of the disease spreading amongst poultry and captive birds.
This means that it is now a legal requirement for all bird keepers in Great Britain to follow strict biosecurity measures to help protect their flocks from the threat of avian flu.
All keepers of poultry and other captive birds, irrespective of how those birds are kept, are to take appropriate and practicable steps, including:
Reducing access of poultry and other captive birds to areas frequently visited and contaminated by wild waterfowl;
Ensuring the areas where birds are kept are unattractive to wild birds, for example by netting ponds, and by removing wild bird food sources;
Taking steps to feed and water birds in enclosed areas and ensure feed, water and bedding are not exposed to virus contamination, particularly through bird droppings, and stored in a means not accessible to wild birds;
Minimising movement of people in and out of bird enclosures;
Cleaning and disinfecting footwear with foot dips, and ensure there are precautions to avoid the direct or indirect transfer of virus contamination into and between premises, from anything liable to spread infection such as clothing;
Keeping areas where birds live clean and tidy;
Reducing any existing contamination by cleansing and disinfecting concrete areas, and fencing off wet or boggy areas.
In a joint statement the Chief Veterinary Officers for England, Scotland and Wales said:
"Bird keepers have faced the largest ever outbreak of avian flu this year and with winter brings an even more increased risk to flocks as migratory birds return to the United Kingdom.
Scrupulous biosecurity and hygiene measures is the best form of defence, which is why we have declared an Avian Influenza Prevention Zone (AIPZ) across Great Britain, meaning that all bird keepers must take action to help prevent the disease spreading to more poultry and other domestic birds. The introduction of an AIPZ means regardless of whether you keep a few birds or thousands, you are legally required to meet enhanced biosecurity requirements to protect your birds from this highly infectious disease."
Keepers with more than 500 birds will need to restrict access for non-essential people on their sites, workers will need to change clothing and footwear before entering bird enclosures and site vehicles will need to be cleansed and disinfected regularly to limit the risk of the disease spreading.
Smallholdings and backyard flocks with smaller numbers of poultry including chickens, ducks and geese must also take steps to limit the risk of the disease spreading to their animals.
Owners are encouraged to register your poultry with the Local Authority even if only kept as pets, to ensure owners are kept up to date during an outbreak.
At this point the AIPZ now in force across Great Britain, does not include a requirement to house birds.
The AIPZ will be in place until further notice and under regular review as part of the government’s work to monitor and manage the risks of bird flu.
Stricter Avian Influenza restrictions continue to apply in the Protection and Surveillance zones that were declared on the 9th September in the Milford Haven area. Road signage marks the boundaries of these relevant zones.
If you require any further advice or guidance as a poultry keeper, please contact PCC Animal Health and Welfare team via email at awelfare@pembrokeshire.gov.uk or on 01437 764551.