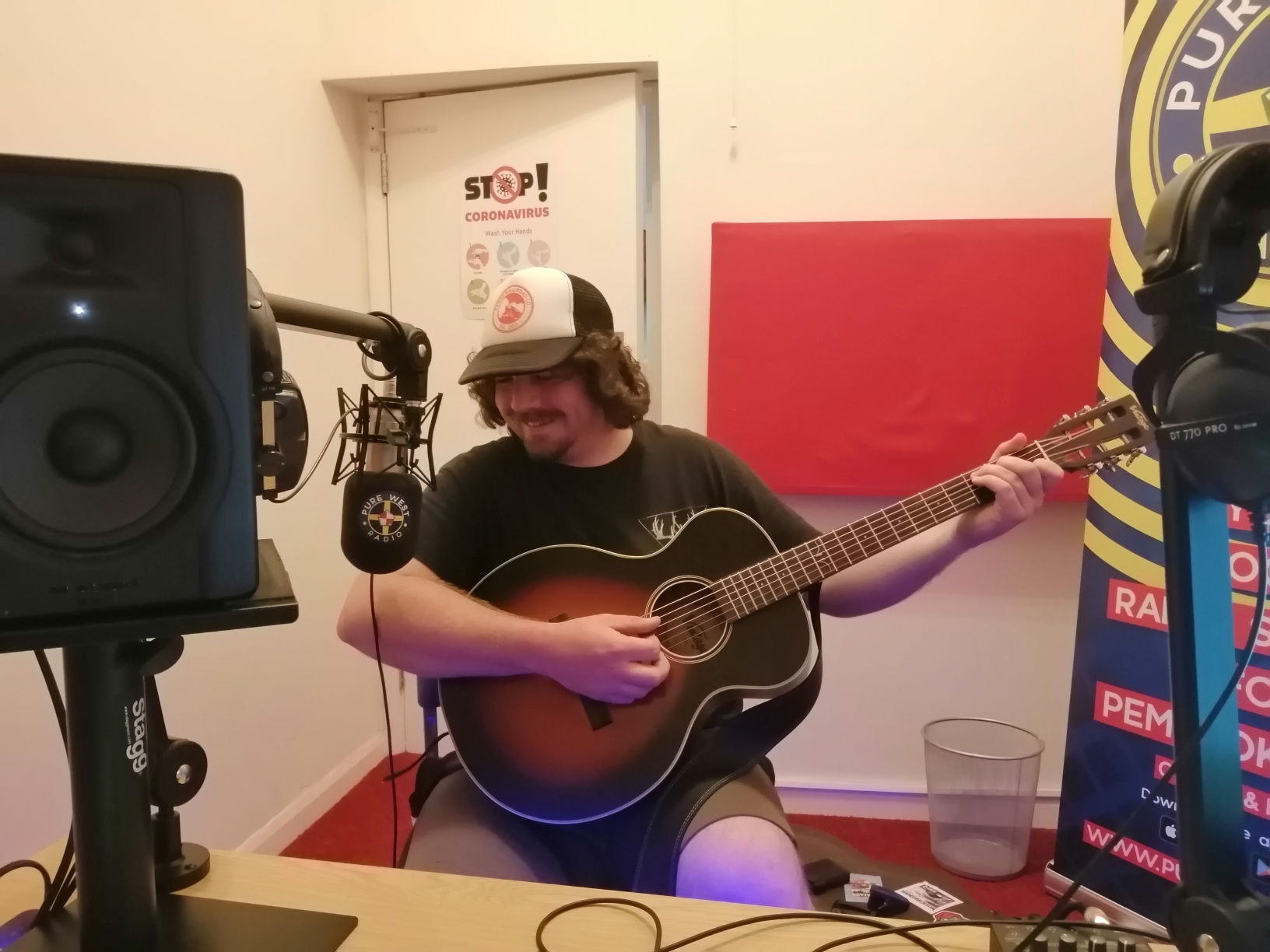 BB Skone’s Live Sessions are back! The first one was aired on his show of Sunday 3rd July and starred Pembroke based Country singer/songwriter Josh Beddis who is this week’s Local Artist of the Week.

Josh has been developing a successful career as a Country singer since leaving his Rock and Roll band The Curveballs. His first CD, titled  One For Sorrow, recorded at Owain Fleetwood Jenkins’ StudiOwz in Clarbeston, has been selling well and he is currently recording a second album at his brother Jack’s studio in Milford Haven (Jack Beddis is a much in demand session drummer). The album will feature a stellar cast of local musicians, including John Rodge (guitar) and Phil Corney (bass). Last month Josh had two tracks released on a compilation album, titled Heart & Wood, on the Go Country Records label – an Italian based company – which has won him many new fans.

You can find Josh’s music on all the various platforms.

The songs being played this week are all self-penned and are performed raw and unplugged. On the new album they will be complete with full-on arrangements. During his interview with BB Josh played him a few demos of the new material and BB can vouch that they are very impressive indeed. Josh also told BB how excited he had been to support American Country music legend Sierra Ferrell last week. The full interview can be found on the BB Skone Pembrokeshire Music Show catch-up link on the Pure West Radio website.

Any artists who would like a live session with BB Skone are encouraged to contact him on studio@purewestradio.com.